LENOX — Thanks to the performing forces Mahler demands for his mighty Second Symphony, the number of musicians onstage Friday night at Tanglewood surely exceeded the population of a small American town. And while opening nights past have leaned heavily on celebrity soloists for their luster, this time it was the Boston Symphony Orchestra itself in the spotlight as well as the Tanglewood Festival Chorus. This is as it should be. On the podium, leading his very first opening night at Tanglewood, was music director Andris Nelsons. This is also, going forward, as it should be.

Mahler’s Second was in many ways a perfect choice for the occasion. In narrative terms, the work tells of the artistic death and ultimate rebirth of the hero of the First Symphony, who was none other than Mahler himself. This is music of a Whitmanesque capaciousness, its materials ranging from the most coarse and vulgar to the most sublime. Its acoustic range is equal to its spiritual range. To us as listeners, Mahler gives in abundance.

What’s more, Mahler allows these aesthetic opposites to ricochet against each other, to press up cheek by jowl. And in this sense he was the first to compose music capable of holding an accurate mirror to the psychological experience of living in a fragmented modern world. That aspect, probably more than anything else, made this score baffling to some of its earliest listeners. And it is the very same quality, one suspects, that allows this music to speak so profoundly to our own times. Mahler gathers the disintegrating pieces in hand. He does not feign a unity he knows to be false. But neither does he ultimately give in to the nihilism howling just outside the window.

And so, at the Second Symphony’s darkest hour, after its grimly mocking Scherzo has gone up in a puff of smoke, Mahler provides the gift of the “Urlicht,” the primal light of the human voice. In Friday’s performance, even if Nelsons’s scherzo was not as chilling as it might have been, Bernarda Fink’s mezzo-soprano seemed to gather up the entire Shed in its consolatory tones. Her first three words were met by a distantly glowing brass chorale played here Friday with unfaltering grace.

Nelsons and the orchestra handled this movement, and much else across this evening-length score, masterfully. The first movement was spacious yet purposeful. Where Mahler’s textures grow thick and clotted, the conductor sought — and usually found — transparency. He also handled the complex topography of Mahler’s varied climaxes with a sense of perspective. The TFC in the finale sang beautifully, from its hushed opening entrance through the work’s impassioned, heaven-storming final pages. Malin Christensson was a capable soprano soloist. For its part, the orchestra sounded right at home. 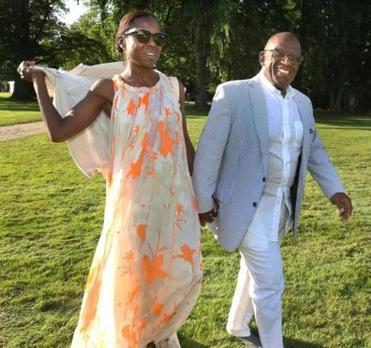 The event included a cocktail reception and dinner before the Boston Symphony Orchestra kicked off its 2017 Tanglewood season.

Sunday afternoon brought perfect weather, and the debut of the strikingly young Swedish violinist Daniel Lozakovich (born in 2001), playing Mozart’s Violin Concerto No. 3. He did so with poise, tonal purity, and technique to spare. An encore by Fritz Kreisler gave him the chance for pyrotechnic display that the Mozart does not afford, and he used it to maximum effect.

More Mahler followed — the limpid Fourth Symphony — in a reading full of felicitous detail. The composer marks his slow movement as “Ruhevoll” or “serene” and it was just that, with violas and cellos unfurling Mahler’s soulful lines over pizzicato from the basses that, on Sunday, seemed to ring out with uncommon warmth and nobility. In the closing movement, soprano Kristine Opolais, Nelsons’s wife, vividly delivered Mahler’s vision of the heavenly life — one full of food in abundance and fish swimming joyfully into Saint Peter’s waiting net. But the movement’s closing lines take us onto another plane, giving thanks for the unearthly joy of music itself. Nelsons, Opolais, and the orchestra performed this final passage with abundant care and a certain unaffected openness. The conductor then held the silence, lowering his hands very slowly. A seemingly transported Shed audience was content to wait with him, and then to make its own voice heard.

At Tanglewood, Friday and Sunday