This week I’ve been listening to WEEI just so I can track down its advertisers — one by one.

I’m truly curious: Who chooses to do business these days with a station that disparages Tom Brady’s 5-year-old daughter and mocks a well-known sports agent by speaking in a stereotypical Asian accent? And that’s just in the past month.

But defections are on the rise, especially after I contacted advertisers to explain themselves. On Tuesday, three more organizations — Citizens Bank, the Massachusetts State Lottery, and the Massachusetts Health Connector — cut ties with WEEI.

For those keeping score at home, that means at least five advertisers — including Comcast Corp. and City of Boston Credit Union — have either terminated or suspended commercial buys on the popular sports talk station. 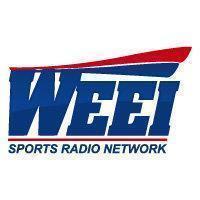 Leung: It’s time for a change at WEEI

Entercom, WEEI’s owner and one of the biggest radio companies in the country, is condoning a culture of hate and acceptance of the unacceptable.

The reason some advertisers are taking their money elsewhere is simple. It’s hard to defend WEEI’s offensive commentary.

“These kinds of statements do not reflect Citizens’ culture of respect and inclusion,” Citizens spokesman Peter Lucht said in a statement. “We have communicated that to WEEI management and have suspended our advertising on the station.”

Citizens Bank has been advertising on and off on WEEI for nearly a decade.

A Connector ad aired during the “Kirk & Callahan” morning show Tuesday, but just before noon the agency that runs the state’s health insurance exchange confirmed it had pulled its ads.

“The Health Connector terminated their advertising with WEEI due to recent behavior,” Connector spokesman Jason Lefferts said in an e-mail.

Last fall state treasurer Deb Goldberg began pulling ads from WEEI after insensitive remarks were made about the transgender community. But the lottery — which is also overseen by Goldberg — continued its relationship until I called on Tuesday.

I don’t know how much ad revenue the station has lost, but management must be feeling some heat. I made numerous requests for comment to Entercom Communications, which owns WEEI, but came up short.

Advertisers like to be on WEEI because it is one of the top-rated stations in the Boston market and reaches a coveted demographic of men ages 25 to 54.

Listeners tune in for the station’s shock-jock style, but WEEI has gone too far with an ever-growing list of hosts who have been suspended for crossing the line.

Midday cohost Christian Fauria set off the current wave of advertiser blowback when he imitated sports agent Don Yee using a stereotypical Asian accent. Yee, who is of Chinese descent and was born in the United States, speaks English without an accent; he represents Brady and San Francisco 49ers quarterback Jimmy Garoppolo.

On Friday, WEEI suspended Fauria for five days, characterizing his behavior as an “insensitive and ill-conceived attempt at humor.”

His reprimand came two weeks after the suspension of another WEEI personality, Alex Reimer. The fill-in host was suspended indefinitely after using a derogatory phrase to describe Brady’s daughter.

For too long, WEEI drove ratings by spewing hate and vitriol disguised as sports talk. Finally, some advertisers have had enough. What about the others? Let me know if you still want your name associated with the station.

Globe correspondent Margeaux Sippell contributed to this report. Shirley Leung is a Globe columnist. She can be reached at shirley.leung@globe.com. Follow her on Twitter @leung.
Loading comments...
Most Popular in business
Real journalists. Real journalism. Subscribe to The Boston Globe today.