Barry Arntz thought he and his sister owned the house passed down to them by their deceased mother “free and clear” — no mortgages, no liens, no encumbrances of any sort.

So it came as a great shock to Arntz to learn that his mother, without telling anyone in the family, had deferred $50,000 in property taxes on her house in Sharon, from 1989 to 2008, when he took over management of the house and began paying the taxes.

By the time his mother, Frances, died last year at age 104, interest on the deferred taxes had ballooned the total owed to about $120,000 — nearly a third of what the house was worth.

Arntz, a recently retired accountant, protested that by 2008 the town knew he had become responsible for the property. But the town made little effort to make him aware of the substantial debt on the property.

That means Arntz missed the chance to avoid 10 years of interest, most of it charged at 8 percent, ultimately adding up to $70,000. 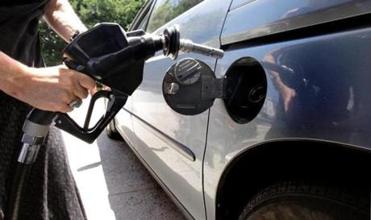 Submit: Are you a consumer with a question?

Sean P. Murphy is the Globe’s consumer columnist, and he’s here to take your queries.

“Why couldn’t they tell me?” Arntz asked. “All these years and there’s a runaway train and nobody says anything? They knew I was paying the taxes. They knew how to reach me.”

After Frances Arntz moved out of her home and in with her daughter in 2008, Barry Arntz rented out the house. He called Town Hall and told them to send tax bills to him at his home in Maynard.

Town officials insist they followed the letter of the law. And I think they did. The fault is in what the town didn’t do.

Arntz’s mother stopped applying for the annual tax deferral for senior homeowners in 2008. But the only effort the town made to flag the back taxes was a small “Prior tax bills outstanding” notation on the property tax bill that did not list how much was owed. Meanwhile, the interest clock was continuing to tick.

Arntz is partly to blame; he said he focused only on the amount due, not the important warning at the bottom of the bill.

The tax-deferral program assists seniors with limited incomes who want to stay in their homes. The program allows them to defer property taxes until they die and the house is sold. But interest is charged on the amount deferred, with the rate set by each city and town.

Lawmakers created the deferred-tax program 45 years ago. The state Department of Revenue oversees it. (I could not get anyone from the agency to discuss this program, despite contacting several people in the Baker administration over several days.)

The law allows municipalities to charge interest at a rate between zero percent and 8 percent. A few towns charge no interest (Marshfield, for example), while a handful charge between 1 and 3 percent. More than three-quarters of towns and cities, however, charge the maximum 8 percent, which may explain why so few homeowners participate in the program. (Municipalities starved for revenue may also be reluctant to promote it because it drains local coffers.)

Fewer than 1,000 seniors statewide currently participate, according to the Center for Retirement Research at Boston College.

‘Why couldn’t they tell me? All these years and there’s a runaway train and nobody says anything? They knew I was paying the taxes. They knew how to reach me.’

Frances Arntz first filled out the two-page application for tax deferral at age 76 and reapplied annually, until 2008. During most of that time the interest rate on the deferred taxes was 8 percent. In 2007, the Town of Sharon lowered its interest rate for new deferrals to 3 percent.

Nowhere in the two-page application does it say interest will be charged. (The state-approved application comes with a detailed explanation of the program, including that towns and cities can charge up to 8 percent interest. Some municipalities go further than required by the state by giving homeowners a checklist that explicitly states the interest rate they will be charged.)

Arntz contends his mother did not understand what she was signing. He said his mother had the financial ability to pay the taxes in 1989 and beyond. He said he thinks his mother thought “deferred” meant not having to pay at all.

When Frances Arntz signed her 19th and final tax deferral application, in 2008, she was 95 years old.

Here’s a suggestion: Applicants for tax deferral should be encouraged and maybe required to name someone — a relative, attorney, or other representative — to receive copies of their applications and approvals and to serve as a contact in case questions arise concerning continued participation, competency, or other issues.

Someone at the Town of Sharon should have noticed when his mother stopped applying for tax deferral and Arntz started paying the taxes. (Sharon town officials only have about two dozen tax deferral cases to monitor). At the very least, the town needed to know if Frances Arntz had died, because at that point, repayment of the debt would have been required.

The Sharon town administrator, Frederic E. Turkington Jr., said it’s the town’s practice to contact homeowners who stop applying for tax deferral, as Frances Arntz did in 2008. He said the person who made such calls 10 years ago has retired, and there’s no information available on any steps taken in this case.

That “practice” seems too informal to me. Towns and cities need a better mechanism to know what’s happening with seniors in the tax deferral program.

One recommendation the BC center makes is to add a line item to all tax bills showing the exact amount of deferred taxes.

That certainly would have helped Barry Arntz.

Last week, I wrote about Gunnar Vincens, a Marine veteran who lived for 18 months in an apartment at Water’s Edge, a $60 million complex in Revere that has earned a reputation for poor management (failing elevators, scant security, rampant vermin, and so on).

Vincens moved out in August, but Carabetta Management left him hanging on his $1,700 security deposit. Finally, he went to court and got a signed agreement from Carabetta for the return of his money. But even that didn’t work: Carabetta reneged on its own agreement.

After the column was published, Vincens received his refund (plus $235 in expenses). He said he deposited the check and waited for it to clear before declaring victory.

Vincens said he asked the lawyer who called on behalf of Carabetta why he didn’t get payment earlier, as agreed upon.