Even before the election, Americans were asking just how we got here — to this sullen moment of national reckoning. Since November, the autopsy has dragged on so long it seems there could be nothing left to dissect. But the search continues, because no truly satisfying answer has yet been offered. Deplorables, deportables, economic malaise, rural resentment, coastal hauteur whatever — these are just symptoms. The root illness remains undiagnosed, but here it is: the baby boomers, that vast generation of Americans born in the first two decades after World War II. The body politic rests on the slab because boomers put it there, because decades of boomerism produced the problems and disaffection of which 2016 was merely the latest expression.

It’s a shocking hypothesis, but then again, America has suffered a shocking decline. In 1971, Alan Shepard was playing golf on the moon. Today, America can’t put a man into orbit (or, allegedly, the Oval Office) without Russian assistance. Something changed, and that something was the boomers and the sociopathic agenda they emplaced.

My indictment of boomers may seem overbroad, but the thesis is quite specific: the unusual prevalence of sociopathy in an unusually large generation. How does that disorder manifest? Improvidence is reflected in low levels of savings and high levels of bankruptcy. Deceit shows up as a distaste for facts, a subject on display in everything from Enron’s quarterly reports to daily press briefings. Interpersonal failures and unbridled hostility appeared in unusually high levels of divorce and crime from the 1970s to early 1990s. These problems expressed themselves at generationally unique levels in boomers, to a greater extent than in boomers’ parents or children at comparable ages. (My forthcoming book lays out all these data in detail.)

Boomers weren’t genetically predestined to be dysfunctional; they were conditioned to be. They were the first generation to be raised permissively, the first reared on television and subject to its developmental harms, and the only living group raised in an era of seemingly effortless prosperity. Can too much license, TV, and unearned wealth distort personalities? May I suggest looking south toward 1600 Pennsylvania Avenue?

The boomers’ sociopathic inclinations might be of sociological, but not political, interest except for one fact: Boomers have a lot of voting power. Although boomers peaked at just over half the voting age population in the early 1980s, their influence kept growing as they voted more frequently, unleashed a flood of political money, and elected co-generationalists, all in reckless pursuit of the sociopathic agenda. In the 1970s, the older establishment had already begun bending to boomer power, though not always cravenly enough, a problem boomers resolved by becoming the establishment itself. Boomers’ notable early achievement was electing Bill Clinton, who began the long saga that meandered through Bush II and ends — well, who knows how exactly it will end?

What happened in the White House happened everywhere else. By 1994, boomers held a majority of House seats, a proportion that peaked at 79 percent in 2008 and remains a still formidable 69 percent. The rest of government went the same way: Boomers make up 86 percent of governors, about three-quarters of the proposed Cabinet, and much of the judiciary and bureaucracy. Except for youthful Silicon Valley, the private sector also fell into boomer hands decades ago and remains there. 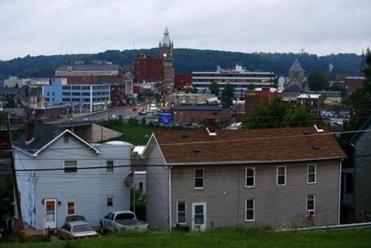 In Pa., boomers see the American Dream slipping away

Many from Butler High School’s class of 1976 are now weary, worn, or furious. For some, those feelings are driving their votes.

By the late 1990s, as boomerism really expressed itself, disasters arrived: financial scandals, economic infirmities, mounting debt, unaddressed climate change, a growing entitlements crisis, and more. Since it was politically untenable to locate blame in obvious places, other explanations were manufactured for the nation’s woes. (Immigrants!) Especially on the coasts, other explanations have been long suspected, such as the predations of a swollen GOP. Not implausible, but then you have to ask where the swelling comes from, and that circles back to boomers who, despite their hippie reputation, are net Republican.

Anyway, the boomers’ retrograde preferences mattered more than nominal political affiliation, pushing even modern Democrats to the right of Richard Nixon on many matters. After all, it wasn’t Nixon, or even Ronald Reagan, who planted so many of the noxious seeds that blossom now; it was Clinton, the ur-boomer progressive. The “end of welfare as we know it”? Clinton. Berserk policies on crime, immigration, gays, deregulation, and surveillance that bloated into today’s prison state, travel bans, transgender showdowns, and financial crises? Clinton again. The Anti-Terrorism and Effective Death Penalty Act, Illegal Immigration Reform and Immigrant Responsibility Act, Defense of Marriage Act, repeal of Glass-Steagall, etc.? Clinton provided the themes; Bush II and Donald Trump, the variations; and other boomers, the orchestra and applause.

Barack Obama has been conspicuously absent, because my argument is as much cultural as chronological. While birth makes Obama a late boomer, his upbringing left him distant — geographically and socially — from the boomer mainstream. Not coincidentally, No Drama Obama was the most sober thing about American politics in 25 years. But he was limited to moderating inherited catastrophes — and prevented from pursuing policies that might benefit people of lesser means, whiteness, and age than the boomers he faced in Congress.

Surely, by 2016, it was time for a thorough reconsideration of the dogmas that caused so much harm, but the last election hardly featured real policy discussion. So what if Social Security faces partial insolvency after 2034, or that climate change has scientists and generals fretting for the world circa 2040? By then, the median boomer will be dead. The only germane issue for the aging, unempathetic sociopath was blocking reform of senior entitlements. Youths like Paul Ryan, with his irksome calculations and future focus, couldn’t be trusted on this issue. But boomers Donald Trump and Hillary Clinton, whatever their other infirmities, pledged loyalty on this crucial item.

I don’t imply that Clinton and Trump were otherwise equivalent. They weren’t. Nor do I assert that all of their co-generationalists are sociopaths. They aren’t. But I don’t shrink from arguing that an unusually large fraction of boomers behaves sociopathically, with the power to realize their agenda. The Koch brothers can’t carry all the blame: The 1 percent is, by definition, just 1 percent, unable to dictate national policy on its own. A giant generation of boomers can and does, and their overriding imperative is to consume at someone else’s expense. To say they succeeded is to understate.

The simplicity of the boomer agenda amplified the considerable power of boomer votes, while clarifying otherwise complex issues, especially of benefits and taxes. Benefits, at least for the boomer middle class, were to be expanded — period. Taxes, for the same group, would be cut or reallocated. This dynamic illuminates otherwise inexplicable deviations from orthodoxy practiced by a machine supposedly seized by ideological gridlock. It explains why Reagan lowered taxes on income while raising them on capital gains (when boomers had salaries but not portfolios), why Bill Clinton lowered taxes on houses and stocks (when boomers owned those in quantity), and why Bush II cut taxes with unseemly attention lavished on the “death tax” (just as the boomers’ parents neared expiration) while embracing the largest expansion in welfare since the 1960s (Medicare Part D, in time to benefit aging boomers). The machine works, at least from the boomer perspective.

All these giveaways had consequences. The rich got richer, as we know, but the rich are old. That is, they’re boomers. The patterns of general boomer gains mirrored those of the very wealthy. From 1989 to 2013, wealth gaps between older and younger households grew in the same way as those between the top 5 percent and the bottom 95 percent. Today’s seniors (boomers) are much wealthier relative to the present young than the seniors of the 1980s were to then-young boomers. All those tax breaks, bailouts, easy money, deregulation, and the bubbles they spawned supported that boomer wealth accumulation while shifting the true costs to the future, to the young.

Still, no amount of tax reallocation could keep the government together and goodies flowing, so boomers tolerated astounding debt expansion while chopping other parts of the budget. Gross national debt, 35 percent of GDP when the boomers came of age, is now 105 percent, a peacetime record expanding 3 percent annually, forever. But this understates the problem, because not only does the family farm have a giant mortgage, it also desperately needs repair and modernization.

Unfortunately, boomers show no appetite for maintaining the assets their parents accumulated. Public higher education, nearly free for boomers, has become dauntingly expensive. Infrastructure is neither built nor maintained, and not even “responsible” boomers take this seriously. It was then-candidates John McCain and Hillary Clinton, those paragons of boomer probity, who proposed a gas-tax holiday in 2008, the year the Highway Trust Fund went bust. Federal research and development funding also suffered, with dispiriting consequences for the future. Smartphones may be fairly recent, but their core technologies were developed with government money long ago. Enjoy your iPhone now, because your iCopter and iKidney will be indefinitely delayed.

The consequences of boomer overconsumption, underinvestment, and appetite for risk reveal themselves every time a bridge or bank collapses, but can be summarized in America’s prolonged economic mediocrity. Finding decent growth requires stretching all the way back to the 1990s, and even so, the 1990s barely edged out 1970s’ squalor on a per capita GDP basis. Thanks to boomer policies, the new normal is 1.6 percent real growth, well below the 2.5 to 3.5 percent rates prevailing from the 1950s to the 1980s. For the young, the price will be incomes 30 percent to 50 percent lower than they could have been.

When problems grow large, boomers resort to deceit, and the huge degradation of truth suggests just how bad things have gotten. Whether it be misrepresentations by Worldcom, Lehman Brothers, Bill Clinton, Newt Gingrich, or General Michael Flynn, boomer culture has wallowed in duplicity for decades. Untruths are emitted, others bear the consequences, and this has been the case for decades. The dubious draft deferments of the 1960s became the off-balance-sheet obligations of the 1990s, ginned-up weapons of mass destruction of the 2000s, and today’s phantom terrorism in Bowling Green and Sweden. “Alternative facts” are just the most recent consequences of the boomers’ declaration of epistemic bankruptcy.

If Trump has given America one gift, it’s a free hand to condemn the generation of which he is the impeachable id. Henceforth, let us expect no more from people who achieved so little, who have such small interest in the future. Let us dispense with ideas that aging flower children have substantial claims on goodness, as boomers liberal and conservative alike engaged in warrantless wiretapping, extrajudicial assassinations, gratuitous assaults on the dignity of minorities, mass disenfranchisement, the erection of a vast and useless penal state, and policies of cavalier disregard. Let us turn boomers out from offices high, corner, and otherwise, and keenly assess boomers’ contributions to society against their demands for interminable subsidy, finding some reasonable settlement. And let us do it soon.

Bruce Cannon Gibney is a venture capitalist and writer and the author of the forthcoming book “A Generation of Sociopaths: How The Baby Boomers Betrayed America.”
Loading comments...
Most Popular in ideas
Real journalists. Real journalism. Subscribe to The Boston Globe today.