Some day soon, even as sweet, skunky smoke drifts in from the streets outside, US Attorney General Jeff Sessions and other staunch opponents of marijuana may draw inspiration from a true believer named Morris Sheppard. After the repeal of national Prohibition in 1933 and until his death in 1941, the Texas senator embraced a yearly custom. A progressive Democrat often considered “the father of Prohibition,” Sheppard would rise on the Senate floor to rail against alcohol and call for a repeal of Repeal.

“It was a ritual,” Daniel Okrent, author of the 2010 book “Last Call: The Rise and Fall of Prohibition,” explained in an interview. “Clearly he didn’t expect anything was going to happen. It was paying homage to his cause.”

Sheppard, a proponent of bank reform and an advocate of women’s suffrage, may have been the country’s most sincere Prohibitionist, but he ended up on the losing side of history. As such, he faced a dilemma that may soon become familiar to another group of prohibitionists: marijuana opponents. When society turns away from a cause, how long should its supporters fight on? After committing themselves to a lengthy, even decades-long struggle, how can they simply let it drop?

On July 1, Massachusetts will join states such as Colorado, Washington, and California, whose voters have chosen to legalize cannabis for recreational purposes. The implementation of the law has been bumpy, not least because Sessions and the federal Justice Department still have the authority to crack down on cannabis use. Yet public opinion has shifted decisively toward legal weed; nationally, support for that position rose from 16 percent in 1990 to 61 percent last year, according to the Pew Research Center. Politicians and civic leaders who opposed the 2016 ballot question in Massachusetts — including organizations like the Massachusetts Medical Society and people like Governor Charlie Baker and Attorney General Maura Healey — must now decide whether to make peace with pot. Or, at least, pick their battles.

At the moment, some local activists are licking their wounds; others are changing focus. A former spokesman for the Campaign for Safe and Healthy Massachusetts, which opposed the recreational marijuana referendum, referred my inquiries to a national organization, Smart Approaches to Marijuana. “We see our fight as just beginning, not ending, if a state legalizes pot,” the group’s president, Kevin A. Sabet, said in an e-mail. 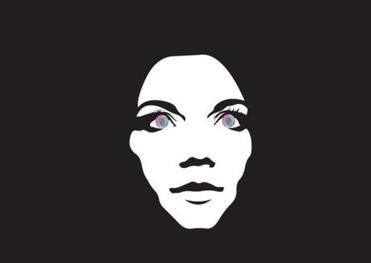 Lucy in the sky with doctors

Marijuana went medical, then mainstream. Are psychedelics next?

In the years after Repeal, true believers in banning alcohol waged an ever-lonelier crusade. Yet long after their cherished cause failed, they continued to influence popular culture and public policy — not least in Massachusetts.

Pot and booze are not exact parallels, but it is striking how quickly the “Dry” movement lost steam once Prohibition actually went into effect in 1920. Banning alcohol, by many accounts, only increased its use and opened a floodgate of bootlegging, speakeasies, and organized crime.

Prominent Drys in Massachusetts were unfazed, at least at first. By 1924 though, Delcevare King, a Quincy banker, philanthropist, and fervent Anti-Saloon League activist, was shocked and dismayed to find that so many of his fellow citizens continued to thumb their nose at the 18th Amendment. He decided the country needed a word to label and shame these sodden miscreants. So King sponsored a contest to award $200 to the person who could coin the best word for boozy wrongdoers. The winning word out of 25,000 entries was “scofflaw.”

Legend has it that Harry’s New York Bar in Paris immediately created the Scofflaw Cocktail; it remains popular and you can usually order one at any craft cocktail bar. Harvard students held their own contest to find a word to describe Drys; “spigot-bigot” was the winner.

Unlike spigot-bigot, scofflaw did gain wide usage. Just not in a way that successfully stigmatized drinking. America became “a nation of Scofflaws,” as filmmaker Ken Burns noted in his documentary on Prohibition, which drew heavily from Okrent’s book.

On Dec. 5, 1933, Utah became the 36th state to ratify the 21st Amendment, repealing Prohibition. By the mid-1930s, anti-alcohol groups like the once-powerful Anti-Saloon League and the Woman’s Christian Temperance Union had faded into irrelevance. “There was an immense shrug of the shoulders,” Okrent said. “The antis knew they were beaten. There was an effort to regroup by the end of the 1930s, and once again they found no public support.” (However, Okrent recalls, two staunch members of the temperance union did approach him once after a talk he gave about his 2010 book.)

Decades later, the New York Times observed in King’s 1964 obituary that “scofflaw” is “principally applied to those who ignore parking tickets.” King’s cultural legacy is not what he intended; his efforts became a target of merry satire among barflies — much as the anti-pot, scare-’em-straight educational film “Reefer Madness” became a cult classic among stoners.Today, a Google search on “Delcevare King” brings up a bounty of digital jeers about his attempt at swig-shaming. Which is a bit of a shame.

King, an 1895 Harvard graduate was, by most accounts, a jovial, generous man from a prominent family. According to his Globe obituary, his office in the Granite Trust Building was always open to visitors and he would hand out lollipops to those who would answer his questions about the history of Quincy. He pushed for pollution control in Quincy Bay and promoted the use of the language Esperanto. He served as an official in the New England Watch and Ward Society, those literary vigilantes who brought us the phrase “Banned in Boston.”

Another staunch New England Dry was Cora Frances Stoddard, who spent her entire life promoting temperance. At a time when business and political opportunities for women were limited, she was a well-known and celebrated anti-alcohol activist in the Boston area. She served for more than 30 years as executive secretary of something called the Scientific Temperance Federation, which aimed to use science to educate the public, especially children, against the dangers of drink. The science was often dubious, and the conclusions were always the same — don’t drink — but the aim was to make abstinence from liquor a health decision, not a moral one.

Stoddard wrote scores of books and pamphlets about temperance and traveled to Europe between 1909 and 1926 to represent the United States in international anti-alcohol congresses. The passage of the 18th Amendment probably thrilled her; the ratification of the 21st likely broke her heart. As of February of 1936, she was still warning of the “alcohol problem” and insisting that the Scientific Temperance Federation did not to have to change its objectives, “though we do have to watch for new approaches and new methods.” She died in May 1936 at age 64.

The Scientific Temperance Journal put out a memorial edition in summer of 1936 devoted to Stoddard. Delcevare King called her a saint and a hero for the “basic, constructive work she did so ably for a Great Cause.” R. Hercod, director of the International Temperance Bureau, declared, “Americans will realize that the Scientific Temperance Federation of Boston is a precious instrument in the fight against alcoholism which must continue to live and to develop. Thus, the life work of Cora Frances Stoddard will not have been in vain.”

Alas for Stoddard’s life work, Prohibition never re-emerged as a national movement. The Scientific Temperance Federation eventually faded away, no match for changing mores. As Okrent told me, taking away something from people once you’ve given it to them is really hard to do.

I was thinking about that remark the other week when I visited Airfield Supply Co., in San Jose, Calif., one of that state’s many legal pot shops. Airy, spacious, and appointed with brightly lit, well-organized display cases, the place has the aura of a high-end wine boutique, albeit with a hint of counter-culture panache. The cheery professionalism of the staff, who cheerfully check your ID and direct you inside, underscores how quickly reefer panic can give way to consumerism and connoisseurship. On a Sunday morning, I watched customers of all ages wait patiently in line to talk to “budtenders” who would help them make selections among edibles and smoking options. Do you prefer the “Sativa” variety — an energizing head high? Or “Indica,” a deep-relaxation body high? Would you like to sniff the bouquet of Dream Queen or Rattlesnake Sour Diesel? Everything but American Express accepted.

This isn’t your father’s corner dope dealer. Yet, taking a cue from the history of Repeal, it would be premature to declare America a Cheech-and-Chong nation.

The 21st Amendment did bring booze back to the American mainstream, but many cities, towns and counties continue to ban the sale of liquor. In Massachusetts, a patchwork of local ordinances left some communities dry or without liquor stores. (We also lost happy hour in 1984.) Whatever was left of the Dry movement moved to the local level, where force of habit is not to be underestimated.

Okrent speculates that marijuana legalization will take a somewhat similar course: communities will devise and enforce their own pot rules. Consider: As of March, 189 of the 351 municipalities in Massachusetts had either indefinitely or temporarily banned retail marijuana stores.

Sabet, from Smart Approaches to Marijuana, takes issue with comparisons between Prohibition and anti-pot activism. Drinking has always been far more widespread than cannabis use, he argues. He also pledges to keep up anti-pot pressure on the local level. “The pendulum will swing back,” he argues, once the majority that doesn’t use the drug “feels their rights infringed upon — in the form of impaired drivers, exposure of pot candies to kids, secondhand smoke, pot shops in communities.”

Additionally, pot, like alcohol, may be regulated by changing social behaviors. We are free to drink but we are conditioned not to let friends drive drunk. Hostesses don’t press alcohol on those who say they are in recovery. Pregnant women wait for that tempting cocktail until after baby is born. Today, Cora Frances Stoddard might be a member of Mothers Against Drunk Driving or a substance abuse social worker or even a health researcher. The alcohol “pendulum” never swung back, but the country reached consensus on issues like unifying the drinking age at 21 and harsh penalties for drunk driving. Anti-pot efforts may find similar points of consensus.

When Delcevare King died at age 89, alcohol had long become part of American social culture once again. His thwarted hopes are reflected on his gravestone in Mount Wollaston Cemetery. It reads simply, “He tried to be helpful.”

Stephanie Schorow is the author of “Drinking Boston: A History of the City and its Spirits” and “Inside the Combat Zone: The Stripped Down Story of Boston’s Most Notorious Neighborhood.”
Loading comments...
Most Popular in ideas
Real journalists. Real journalism. Subscribe to The Boston Globe today.