The Whitey Bulger movie based on the book “Black Mass” is still filming around Boston — this time at Revere Beach, or shall we say, Miami Beach. Palm trees have been planted, turning a stretch of the sand this steamy summer day into the latest local movie set. Across the street, a pizza restaurant on Revere Beach Boulevard was made into a Cuban cafe.

• Meet the cast of the local Whitey Bulger movie 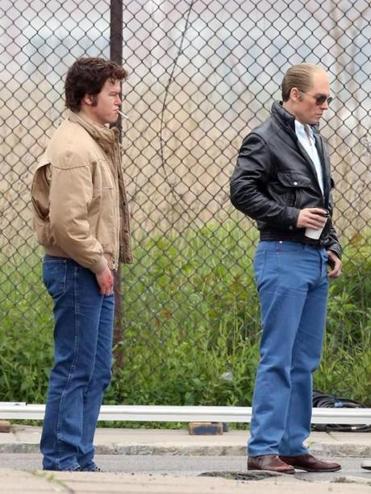 The Whitey Bulger movie “Black Mass” has been filming in Greater Boston.

• Johnny Depp takes a break from his Whitey Bulger costume