Whether it be the tiniest one-bedroom home or the tallest of commercial high-rises, real estate agents for either may have started out in the same classroom.

How they arrived in that classroom is a different story.

Many of these would-be agents are transitioning from fields as varied as the opera, professional football, and geology, offering much more than a lockbox combination — real-life insight. Physical education teacher Ben Hause was inspired by his own home-buying experience. Geologist Betsy McGrath is now sharing the joys of living in her adopted hometown of Sharon — but she can tell you a thing or two about her research in the Arctic. (And who can forget Bruins defenseman Zdeno Chara, who also got his license recently. Score!)

The number of total licensees in the state dropped off after the last market bust, but the ranks are growing. In fiscal 2006, the state hit 85,539 licenses, according to the Massachusetts Board of Registration of Real Estate Brokers and Salespersons, but that figure slipped to 71,227 by 2013. Last year saw a roughly 1.5 percent gain.

Would-be real estate agents are now required to spend more time in the classroom. In 2011 the state Legislature increased the number of prelicensure-education hours from 24 to 40. Though the curriculum is largely static, the increase in time has enhanced the quality of the experience, said Will Henchy, founder of Freedom Trail Realty School. “It gives you real time to impart some real understanding to the material, for answering questions and talking about subjects” as a group, he said. “And it gives you more time to go over the math. It’s stuff that some people haven’t done for a decade — or two.” 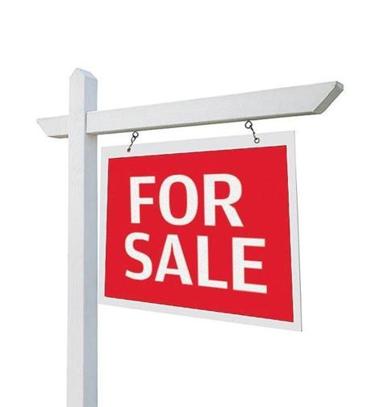 On the fence about whether to get your license? Get a taste of the test with this sampling of prep questions.

Like in football, success in real estate hinges on strategy, and Tim Bulman is no stranger to either. After playing for the Arizona Cardinals, the Houston Texans, and the New England Patriots, the Milton native had money in the bank but did not want to invest in a home just yet. “You might get cut at any time or signed next week to another team. I saw a lot of guys root down in a city, and then they still owned a house they were never going to live in. But I knew I’d love to own something tangible,” said Bulman, 32, who played seven years in the NFL.

Together, they are helping transform swaths of Boston. Tenants include The Gallows restaurant and Blackbird Doughnuts in the South End, and SEE, an eyewear boutique, and Ministry of Supply, a clothing shop, on Newbury Street. “It’s fun to be part of the change of certain neighborhoods,” said Bulman, a Back Bay resident.

Bulman’s first home with his wife, Cariana, a house they rent out in Chatham, offered some of the best preparation for a career in sales and rentals, he said. “We followed it a lot online, and one night we saw the price drop. We said we had to get up there on a plane from Houston right away to get the deal.”

Part of Tim’s training was the 40-hour state licensure class, but be it on the gridiron or in the real estate market, the best prep is always in the field. “I don’t think there’s a better way to learn than to be a part of a deal and see it from the embryotic stage,” Bulman said. “It’s great to get the terms from a notebook like you’re studying for a final in college, or from a playbook, but to really get experience on a team is the best education.”

The master’s programs at Harvard University first brought Malusa de Nova and her husband to the area a decade ago — and led to her unofficial role as an “ambassador” for Cambridge.

“I was always getting calls to help students from all over the world, asking could I help their brother or sister, whoever was going to Harvard or MIT, get an apartment, help with the applications, getting their kids into the right school, make the transition,” de Nova, 36, a native of Mexico, said. “I wanted to act as a bridge between the two worlds, because they would always end up hiring a rental agent.”

De Nova, who started the relocation-consultation business Soft Landing, took the plunge and became a certified real estate agent in February 2014. Her specialty is the rental market in Cambridge, where she still lives. “I’m inspired to see so many faces and hear so many stories from the international community,” she said.

Her fluency in Spanish, English, and French has garnered her both clients and friends. “My relationships are sometimes much longer than just rental agreements. I’ve become friends with the people who I’ve helped,” including the director of one of Colombia’s most important media outlets and the former president of a Latin American country.

The job she had at the Mexican Consulate in Boston did not hurt either.

Real estate was not a coda to Sarah Rodewald’s singing career; it has helped her conduct it. The 30-year-old opera singer and actor has more time to pursue gigs since transitioning full time into real estate.

The new career path was a bit serendipitous, as she was working at a Cambridge bank to supplement her art. “One of the mortgage lenders who I worked with suggested I become a real estate agent, but until then I hadn’t thought about it. I had been working at a bank because I wanted to pursue other things at the same time, but it was really exhausting . . . and to be honest, I couldn’t wait tables anymore!”

Rodewald got her license in October 2012 and recently made the transition to full time. Her flexible schedule allows her to make casting calls in the morning, schedule showings in the afternoon, and continue to work with her after-school nonprofit troupe, the Improbable Players, which teaches children about the perils of substance abuse. “The kids love it, their enthusiasm is awesome, and it’s great that I get to do more singing and acting gigs because my business is starting to pick up.”

The soprano said both fields require some of the same skills. “Success to me is being a better person, whether that’s being an educator or educating my clients to help them figure out what to expect in the buying process.”

The St. Louis native may not stay in Boston forever, so the transferability of her new skills made real estate even more attractive. As for now, Rodewald said the city’s booming cultural and real estate opportunities are the perfect accompaniment to daily life.

Ben Hause loves teaching physical education, but continued cuts to school programs have made him rethink his future — and a recent home purchase with his girlfriend in Athol was enough to inspire a second career.

“I really enjoyed the buying process. A family friend was our realtor, so we had such a great experience with him that I wanted to be able to do that for other people,” Hause said.

The 25-year-old is still teaching but says he may phase it out once he beefs up his client base a little more. “Real estate feels a lot less like work,” he said. “It’s nice. I get to make my own schedule, and you can be as successful as you want to be if you work hard.”

In the meantime, his second job offers him a chance to earn extra income during the summer — though he had a solid January (with four homes sold).

His most memorable transaction since starting in June 2014 was his second. “I sold my aunt’s house, which was a really cool experience. It was nice to share it with someone who I was comfortable with, who was patient, excited for me, and happy with the outcome.”

Hause said helping people is in his family’s nature; his mom is a nurse, and his sister is also a teacher. “It’s nice to know you’re appreciated and your job is helping put people in a new home. The best part is seeing how happy they are.”

Betsy McGrath, 52, has always been very attached to the land — but her new career focuses on what is on it instead of what is in it.

After she and her husband and young twins relocated from Alaska to Sharon, McGrath spent years volunteering with several groups, including youth leadership programs, the Lions Club, and the Conservation Commission, of which she is still a member. She also spent years hunting for her own “perfect house,” and today lives in a Victorian that required a lot of love and care.

“I think I can bring a realistic perspective to things,” she said. “I know a whole host of contractors. I encourage people to talk to building inspectors; they’re great resources.

“Growing up with parents who were DIYers long before ‘This Old House,’ I have that vision. You realize that sometimes all you need is a gallon of paint, vinegar, and hot water!”

Her home-repair background, love of the community, and empty nest (the twins have left for college) inspired McGrath to start with Hammond in January 2014.

Although she and her husband (also a geologist) “had the chance to spread their wings,” they have stayed put. “I love working in this vibrant community with people from all over the world, with diverse experiences. I love the perspectives and cultures.”

Jennifer Richmond’s family has been involved in building for decades, so taking a Northeastern University internship as a construction-project manager seemed only natural. Today, she is a real estate agent in a field that draws from her building background, her studies at the London School of Economics, and her postcollege job as a restaurant-chain-operations manager. “I had a real knowledge of maintaining multimillion-dollar budgets and the construction process . . . and negotiating with international vendors,” Richmond said. “I really missed the construction side of things, but like a corporate feel.”

HGTV shows like “Love It or List It” have helped Richmond learn more about the financial and emotional questions of renovating and selling. One of her biggest success stories since her start in December 2012 was when she teamed up with fellow agent Trina Macchi to help a couple remodel a home to sell. Richmond used her construction background to oversee the updates — everything from selecting contractors to paint colors — and the home went for $41,000 over the asking price.

For her, every corner of a house counts.

“Even before I was a real estate agent, I watched all of those [HGTV] shows. I love interior design,” she said. “In another life, I would have been an interior decorator. I love antiques. I never miss Brimfield!”

Welcome to the club
Year
New licenses in Massachusetts
2006
7,417
2013
3,877
2014
4,571
Source: Massachusetts Board of Registration of Real Estate Brokers and Salespersons; figures are for fiscal years and include all categories of licensing
Globe Staff

Carley D. Thornell is a writer born and based in Boston. Send comments to Address@globe.com.
Loading comments...
Most Popular in lifestyle
Real journalists. Real journalism. Subscribe to The Boston Globe today.