Attorney General Martha Coakley on Tuesday named a former Middlesex prosecutor to conduct a criminal investigation into the circumstances surrounding the 2009 death of Joshua K. Messier, a 23-year-old mental health patient who died at Bridgewater State Hospital while poorly trained prison guards strapped his wrists and ankles to the corners of a small bed.

The state medical examiner ruled Messier’s death a homicide at the hands of the guards, but Plymouth District Attorney Timothy J.Cruz never presented evidence to a grand jury to determine whether criminal charges were warranted. He later said there was insufficient evidence to charge anyone with a crime, even though Messier’s death was captured on video.

Coakley asked special prosecutor Martin F. Murphy to conduct an independent investigation to resolve “lingering questions” about the events of the May 4, 2009, death, and to take a wider look at conditions at Bridgewater and other state prisons where the mentally ill are confined.

“We all feel that what happened to Joshua Messier was a tragedy. The fact that it occurred in state custody makes it even more compelling,” Coakley said, adding that she also asked Murphy to “take a broader look at what went wrong and help us moving forward to see if there are changes we need to make at Bridgewater and at other places where people who suffer from mental health disorders are in custody.”

Coakley, as the attorney for state agencies, represented nine prison guards who were involved in Messier’s death in a civil lawsuit filed by Messier’s family. Her office, along with a private firm that provides medical and mental health care at Bridgewater, agreed to settle the case for $3 million earlier this year. 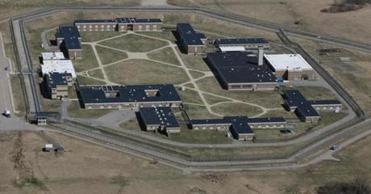 Governor Patrick proposed a dramatic increase in staff and a new facility where potentially violent patients could receive care.

On Tuesday, Cruz defended his decision to take no action in the case, disclosing that in June he asked Essex District Attorney Jonathan W. Blodgett to review his analysis of the evidence and that Blodgett had affirmed his findings.

“The case has now been reviewed by a second District Attorney’s office. They have reached the same conclusion,” Cruz said in a statement. “There is insufficient evidence to charge anyone criminally in the death of Joshua Messier.”

Coakley, who is running for governor, appointed Murphy after an attorney for Messier’s mother, Lisa Brown, and four prominent groups that advocate for the mentally ill formally requested that she name a special prosecutor, accusing state officials of presiding over a “whitewash” of the circumstances surrounding Messier’s death.

Murphy said he accepted Coakley’s request to help provide peace of mind to the Messier family and to buttress public confidence in the state’s criminal justice system.

“What has emerged in public suggests that something went seriously wrong at Bridgewater State Hospital on May 4, 2009,” he said. “Whether or not a crime was committed is a separate question and will be the major focus of my investigation.”

Now a partner at Foley Hoag, he said his law firm will underwrite the time he spends on the Messier case while the state provides the resources to conduct an investigation that could last several months.

The office of Public Safety Secretary Andrea Cabral, which oversees the Department of Correction and Bridgewater State Hospital, issued a statement Tuesday saying her office “will fully cooperate with the Special Investigator.”

Bridgewater State Hospital is a medium-security prison staffed by state prison guards and privately employed clinicians. Despite its name, it is neither licensed nor accredited as a hospital.

The facility houses about 280 mental health patients, ranging from dangerous convicted criminals to those charged with minor offenses who have been committed for psychiatric evaluations.

Calls for the appointment of a special prosecutor followed a February Boston Globe story that uncovered many of the circumstances surrounding Messier’s death and raised questions about the actions of more than a half-dozen prison guards as well as nurses employed by a private contractor, the Massachusetts Partnership for Correctional Health.

The Globe found that guards had violated at least a half-dozen state laws, regulations, and Bridgewater policies after responding to an emergency triggered when Messier, diagnosed with paranoid schizophrenia, punched a prison guard.

The Globe story also reported that, nearly five years after Messier’s death, none of the prison guards had been disciplined. But after the story, Governor Deval Patrick suspended three of the guards with pay, pending disciplinary proceedings, fired an assistant deputy commissioner, and issued reprimands to the Bridgewater superintendent and Luis S. Spencer, the commissioner of the Department of Correction.

More recently, Patrick fired Spencer after another Bridgewater mental health patient was allegedly beaten by prison guards and Spencer slowed down an internal investigation of the case.

On Tuesday, Brown said that the appointment of a special prosecutor marked an additional commitment to hold state officials accountable for their actions before and after her son’s death.

“From the start, I wanted nothing more than a fair and impartial investigation to ensure that those responsible for my son’s death would be held accountable. I am now confident that such a process will commence,” Brown said in a statement to the Globe.

“From the day after Joshua Messier’s death, the Department of Correction and its senior leaders took steps to conceal the truth and exonerate the correction officers who were involved before the facts were known,” he said. “Now it appears that an investigation that should have taken place five years ago is finally going to commence.”

Leslie Walker, the executive director of Prisons’ Legal Services, one of the advocacy groups that signed a letter to Coakley, also commended Murphy’s appointment.

“I am very pleased and relieved that someone of Mr. Murphy’s reputation will be looking at this horrific episode with a fresh set of eyes,” she said.