Patients whose hip surgeries were performed by surgeons overseeing two operations at once were nearly twice as likely to suffer serious complications as those whose doctors focused on one patient at a time, according to a large Canadian study, the first research to show that overlapping surgery can pose health risks.

The study of more than 90,000 hip operations at some 75 hospitals in Ontario also found that the longer the duration of overlap between surgeries, the more likely patients were to suffer a serious complication within a year, including infections and a need for follow-up surgery.

“If your surgeon is in multiple places, there’s an increased risk of having a complication,” Dr. Bheeshma Ravi, a hip surgeon at Sunnybrook Health Sciences Centre in Toronto and lead author of the study to be published Monday in JAMA Internal Medicine, told the Globe. “I think that just makes sense.”

The study is almost certain to generate controversy in the medical world, where the issue has simmered since a 2015 Globe Spotlight Team report revealed a dispute at Massachusetts General Hospital over the safety of concurrent surgery. Since then, at least seven other peer-reviewed studies at US hospitals and clinics have found no significant difference in complication rates when operations run concurrently.

“This study shuts the door on the idea that simultaneous surgery is as safe as solo surgery, when the doctor’s just concentrating on you,” said Dr. James Rickert, an Indiana orthopedic surgeon and president of the Society for Patient Centered Orthopedics who has decried the practice. “The size, the numbers, the multiple institutions, and the long-term follow-up dwarf any of those other studies.” 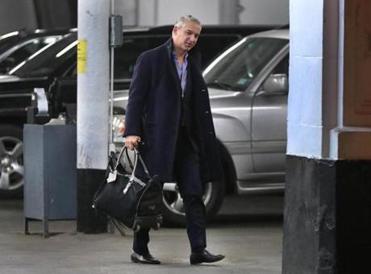 The US attorney’s office may be looking at whether Dr. David Samadi was in the operating room for “critical parts” of his surgeries.

Only last month, a study published in JAMA Surgery found no difference in complication rates between 1,303 neurosurgery cases that overlapped and 972 cases that didn’t at Emory University Hospital in Atlanta — although overlapping surgeries took longer and patients might have spent more time under anesthesia.

After that study, Dr. David B. Hoyt, executive director of the American College of Surgeons, wrote in a companion article that when done properly, “overlapping surgery is a safe practice with no differences in mortality, complications, and neurologic outcomes.” He and other defenders of the practice say it increases efficiency, gives patients greater access to coveted surgeons, and instills independence in surgical residents who help attending surgeons.

But the Canadian study may carry extra weight because of the way it was done. Unlike other studies, which generally focused on patients at a single teaching hospital or outpatient clinic, the Canadian study compared operations at scores of hospitals involving tens of thousands of patients.

Also, researchers looked at outcomes up to a year after the surgeries, as opposed to only weeks, giving them a fuller picture of patient recovery.

“This seems to be the first study to show an adverse effect from the practice of overlapping surgery,” Dr. Alan L. Zhang, an orthopedic surgeon at the University of California San Francisco, wrote in an opinion piece accompanying the study. “The increased length of follow-up is an important factor to consider for complications, which adds value to the results of the current study.”

Zhang was lead author of a smaller study last year that found no difference in complication rates between overlapping and non-overlapping operations focusing on outpatient orthopedic procedures.

Zhang called the Canadian research “a much-needed addition” to the understanding of overlapping surgery, focusing on a group of patients — hip surgery patients — who are more at risk for complications because they are often older and more frail.

Ravi and the other Canadian researchers found that the complication rate for patients undergoing hip replacements or surgery for hip fractures rose 80 to 90 percent if a surgeon was overseeing two operations for as little as 30 minutes. The risk of complications in operations on broken hips rose 7 percent for every 10 minutes that operations overlapped, they said.

Typically, the operations overlapped for 30 to 60 minutes, Ravi said, but some ran simultaneously for as long as three hours.

The authors said the risks underscore the need for surgeons to inform patients that they plan to overlap cases, before patients consent to surgery.

However, Dr. L.D. Britt, a past president of the American College of Surgeons who heads the department of surgery at Eastern Virginia Medical School, went further. He told the Globe that surgeons should not be allowed to schedule surgeries that overlap by more than a short time at the very end of one and the beginning of the other. More overlap than that, he said, is too risky.

“Attempting to validate concurrent operations by documenting safe outcomes is tantamount to my blindfolding my daughter and having her walk across a busy six-lane highway,” he said. “Just because she might reach the other side safely does not dictate a best practice.”

In Massachusetts, the issue of concurrent surgery burst into public view after the Globe reported that a handful of top orthopedic surgeons at Mass. General sometimes scheduled two operations that overlapped for hours. Several colleagues alleged that patients were endangered and had not consented to share their surgeon. Mass. General leaders said they took the allegations seriously and imposed new limits on double-booking, but insisted that no patients were imperiled.

Concurrent surgery is now the focus of lawsuits against MGH by two doctors who left the hospital after complaining about it. In one, Dr. Dennis Burke, a prominent orthopedic surgeon, charged that he was illegally fired for opposing concurrent surgery. Dr. Lisa Wollman, an anesthesiologist, filed a separate whistle-blower lawsuit alleging that Mass. General surgeons double-booked operations to boost their case volume — and income — putting patients at risk.

The hospital has denied doing anything improper.

Jonathan Saltzman can be reached at jonathan.saltzman@globe.com.
Loading comments...
Most Popular in metro
Real journalists. Real journalism. Subscribe to The Boston Globe today.