Researchers say they have developed a cost-efficient way to extract carbon dioxide from the air and make fuel from it for cars, trucks, or airplanes.

Capturing the carbon in the air is not a “magical” solution, it is “a viable and buildable technology for producing carbon-neutral fuels in the immediate future and for removing carbon in the long run,” David Keith, a professor of applied physics and public policy at Harvard University, said in a statement.

Researchers published their findings in the journal Joule.

Keith is also founder and chief scientist of Carbon Engineering, a Canadian firm that has been developing the technology. The findings were based on three years of research at a pilot plant in Squamish, British Columbia. 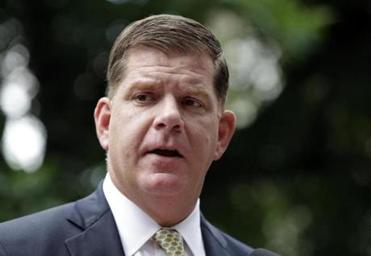 Boston will team up with cities from Orlando to Los Angeles to buy renewable energy in an effort to cut down on costs and spur incentives to create green energy.

Here’s how the “direct air capture” technology works, the researchers said: Giant fans draw air into contact with an aqueous solution that picks out and traps carbon dioxide. After heating and chemical reactions, the carbon dioxide can be extracted — and used either for making fuel or for storage.

He said that at the Canadian pilot plant, carbon dioxide has been captured and barrels of fuel have been made.

“This is not hypothetical. This is real,” he said. “We’re ready to build a much larger plant.”

The fuel could be produced at a cost that would not raise the prices to consumers at the pump, he said, and “as with anything, if you build lots of something the cost will come down.”

The company envisions building large-scale plants near wind and solar facilities, which will provide clean energy to enable the carbon capture process, he said.

The result will be a “completely carbon-neutral fuel,” he said.

He compared the idea of recycling atmospheric carbon into fuel to the idea of converting all the cars in the world, estimated at more than 1 billion, to electric and fueling them with electricity from renewable sources, which he said would be incredibly costly and disruptive.

“This is an alternative approach to de-carbonizing transportation” he said. “It’s a nondisruptive disruption.”

David G. Hawkins, climate policy director at the Natural Resources Defense Council, said he was familiar with Keith’s work and called it “an impressive development.’’ He noted that it was crucial that clean power be used in the process of capturing the carbon or it would not actually be carbon-neutral. He also said it wasn’t enough to just make transportation carbon-neutral.

Martin Finucane can be reached at martin.finucane@globe.com
Loading comments...
Most Popular in metro
Real journalists. Real journalism. Subscribe to The Boston Globe today.