Asian-American applicants to Harvard University had among the strongest academic credentials, broad extracurricular interests, and impressed alumni in interviews, but consistently scored poorly by one key measure: charming admissions officers with their personality.

According to court documents filed Friday in an affirmative action lawsuit against Harvard University, Asian-Americans across the academic spectrum received lower personal ratings from the university’s admissions officers than their peers.

Those findings are the latest evidence in a lawsuit contending that Harvard discriminates against Asian-American applicants and was aware for several years that the admissions process at one of the world’s most exclusive universities was stacked against them.

The case is likely to go to trial this fall and may ultimately be decided years from now by the US Supreme Court. It is being closely watched by the Department of Justice, legal experts, and advocacy groups, and could change the way colleges use race in admissions decisions.

The ratings, offering a rare glimpse into the oft-mysterious admissions process, measured whether students were likable, funny, helpful, courageous, widely respected, and a “good person,” according to filings submitted by the Students for Fair Admissions, the nonprofit group that is suing Harvard. The filings were based on a review of applicant data to Harvard from students seeking admission to the classes of 2014 to 2019. 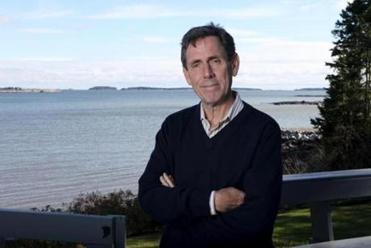 Meet the man behind the Harvard admissions lawsuit

Edward Blum has become the face of the effort to end racial considerations in higher education.

Harvard’s own internal research also raised concerns about how Asian-American applicants are treated by the college’s selective admissions process, according to documents filed in US District Court in Boston by the organization.

Harvard has fought the release of its admissions information and many of the court documents remain redacted.

Friday’s filing “exposes the startling magnitude of Harvard’s discrimination against Asian-American applicants,” said Edward Blum, president of Students for Fair Admissions. Blum and his organization have been involved in anti-affirmative action cases and most recently backed a challenge to race-based admissions at the University of Texas that centered on a white student.

Harvard on Friday rejected allegations that it discriminates against Asian-American applicants. The university also defended its use of race to ensure a diverse campus as legal and fair.

In fact, the admissions rate for Asian-Americans has grown by 29 percent in the past decade, Harvard officials said.

In its report on admissions data, Harvard found that being Asian-American had no material effect on gaining a seat at Harvard, according to the university’s court filing.

Harvard argued that Blum and his organization have failed to persuade the Supreme Court to overturn the use of race in college admissions in the University of Texas case, and are now trying again with Asian-Americans.

Harvard defended its use of character and personality in deciding admissions, insisting that it gets nearly 40,000 applications for 1,600 freshman seats and can’t just rely on academics and extracurricular activities to evaluate students. Thirteen percent of its domestic applicants had perfect math SAT scores and more than 30 percent had a perfect grade-point average.

Harvard is unlikely to be the only elite university considering personal qualities as part of its admissions process, said Jon Boeckenstedt, an associate vice president for enrollment management and marketing at DePaul University in Chicago.

“When a university is very selective, they don’t want just A-students with high test scores,” Boeckenstedt said. “They want an interesting community. They are trying to impose a different sorting mechanism, because everybody looks alike.”

Students’ personal qualities are gleaned from alumni interviews, essays, and considerations about which extracurricular activities students participate in while in high school, said Maria Laskaris, a former admissions dean at Dartmouth College who now works as a senior private counselor at Top Tier Admissions, a Concord-based college counseling company.

“You’re trying to assemble a community that is diverse in the full sense of the word,” Laskaris said. “You want students to experience the world, through the eyes of their classmates. As you are thinking about building a residential community, you are thinking of students who will learn as much from each other as they do in the classroom.”

But based on Students for Fair Admissions’ review, the ratings of personal qualities hurt Asian-American students in particular at Harvard. Asian-Americans received top personal ratings only 22 percent of the time if they were in the top tenth of the academic ladder. On the other hand, white students in the top half of the academic ladder received the highest personal ratings at least 22 percent of the time.

An even greater share of Hispanic and African-American applicants were likely to get the top personal scores.

At Harvard, those personal scores were particularly important, and internal reports by the university suggested that they may have disadvantaged Asian-American students, according to court documents.

Asian-Americans accounted for about 23 percent of the students admitted into Harvard this past spring.

One of Harvard’s reports noted that, “Asian high achievers have lower rates of admission,” according to the court documents.

Blum and his organization argue in their filings that Harvard did nothing to address the inequity discovered by its own research into Asian-American admissions.

“Instead of taking even the most minor steps to address this problem, or conducting any further investigation, Harvard killed the investigation and buried the reports,” according to the organization’s court filings.

Harvard did seem aware that its research could draw controversy. Harvard’s research arm had conducted one of the studies to show that the university gives extra consideration to low-income students. But the data also demonstrated that the advantage given to low-income students was far less than what Harvard provided athletes and students whose parents attended Harvard, and that it had a “negative effect” on Asian applicants.

“To draw attention to the positive benefit that low-income students receive may also draw attention to the more controversial findings around Asians, or the expected results around legacies and athletes,” Harvard’s research division warned in a draft report that discouraged publicly sharing the results, according to court documents.

Harvard officials said those old internal reports were preliminary and incomplete and pointed to its most recent report that found no discrimination against Asian-American applicants.