Developers would be allowed to build bigger units in smaller spaces in return for additional affordable housing.

Michael Loughran increased his margin — from one vote to three — to win a two-year vacant seat on the board in a busy election week that brought voters out in Avon, Dedham, Rockland, and Stoughton.

Bike sharing, a charity auction for ballet, and SustainaVille

Celebrating our environment can be possible even after Earth Day ends. Head to the SustainaVille in Somerville for ten packed days of environmental activities.

Should the state allow undocumented immigrants to obtain driver’s’ licenses?

Read two views and vote in our informal online poll.

Retreat to a Zen garden steps from your door

Start your garden from square one

This method works whether you have a suburban backyard or a porch in the city.

It might be time to put Carrot Day on your calendar

The point of the project is to promote locally sourced food and teach people to experience vegetables in a new way.

Karma and cutting down a favorite tree

What if the red maple really does contain the spirit of our household? What if pulling it down invokes a curse on us?

The counter-service establishment, display cases filled with temptations, has only five small circular tables, so takeout might be the preferable option.

Sorry, but sidewalks are for pedestrians

A motorist tries to drive on the sidewalk, a woman calls police on a snake, and other odd tales from local police blotters.

A bobcat is seen in Methuen, a car gets pulled out of a pond in Groton, and other odd tales from local police blotters.

Somerville gets a new director of veterans services

Somerville Mayor Joseph A. Curtatone recently named Ted Louis-Jacques to serve as the city’s next director of veterans services.

Amid coronavirus outbreak, food pantry services are 'more critical now than ever before’

Expecting a greater demand during the coronavirus crisis, food pantries are quickly adapting their operations to help protect their clients and volunteers from the disease.

The Newton-based organization's mission is to collect and distribute household items free of charge to anyone in need.

‘Children are as good readers as ever,’ says acclaimed author Susan Cooper

Decades after winning awards for “The Dark is Rising” series, Susan Cooper is still writing. Her latest book is “The Shortest Day.”

Newton brings on new director of parks, recreation, and culture

Nicole Banks, who previously led the recreation department in Westwood for seven years, took over Newton’s department in February.

The state has awarded $420,000 to 75 communities to buy machines that clean smoke and toxic chemicals from firefighting gear.

Hull residents invited to sweep sidewalks in the fresh air

Rotary spokesman Dennis Zaia said that while lots of other group activities are being canceled to avoid possible exposure to the new coronavirus, the Kenberma Sweep was deemed to be safe.

A West Concord assisted living community is undergoing an expansion and renovation with the help of state financing.

Stacey Mulroy, who was recreation director in Arlington, assumed her new position in Needham on Feb. 24.

Bulldozers knocked down a wing of the old Gates Middle School in Scituate to make room for a new senior center.

Grant pays for training to prevent violence at Lawrence hospital

Lawrence General Hospital staff will be better prepared to avoid and respond to violent incidents with the help of new funding.

Should a resort-style casino be developed in Southeastern Massachusetts?

Read two views and vote in our online poll.

The Natick Board of Selectmen recently signed an agreement with a builder seeking to construct a mixed-use development on the downtown site of the former St. Patrick’s school.

The New England Free Jacks, a professional rugby team, will play its inaugural home game on March 14 at the sports complex in Union Point.

The public is invited to the Sandpaper Factory in Rockland on March 15 for a Spring Artist Fair sponsored by the 4th Floor Artists group.

A group looking at regional transportation needs for older people will hold a focus group at the Milton Council on Aging on Monday, March 9, to find out what local seniors think.

Needham is getting some help from students at Babson College in assessing how well the town’s economy is doing.

Acton will be able to advance plans to remove the River Street Dam and restore the brook that runs beneath it with the help of a new $112,500 state grant.

Somerville to get progress report on high school building project

Somerville residents have a chance to hear an update on the city’s high school building project at a community meeting on March 16.

The Peabody Education Foundation has found a way to honor the memory of the city’s late school superintendent Cara E. Murtagh, who died suddenly last Nov. 29 at the age of 44.

Lawrence General Hospital recently concluded its search for a new president and chief executive officer when it named Deborah J. Wilson to the position.

The senior guard is the lone starter from Massachusetts for the top-ranked program in Division 3.

At Tyngsborough and UMass Lowell, Jonathan Curran was fit for success

The two-time Division 2 All-American soccer player carries the same determination in his position as a firefighter in Nashua, N.H.

Hingham skiers are kings, queens of the mountain

There is plenty of confidence as Hingham heads to this year’s States at Berkshire East on March 4.

Whether pets or wildlife, animals are their beat

Diane Welch in Arlington and Nancy Bersani in Milton shared the Animal Control Officer of the Year award for 2019.

BRION O’CONNOR | ON THE MOVE

Preparing for the outdoors? Go to ‘school’ in Saugus

Concord-Carlisle skiers have competition on the Nordic track

The defending state boys’ and girls’ champions will be challenged on the Prospect Mountain course at Tuesday’s state final. 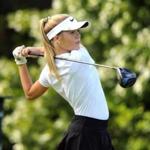 Hopkinton golfer Abby Jaye strikes out on her own

Tags in this section: 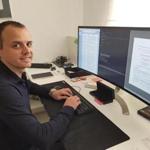 Bernard Fabrot, a self-taught programmer from Belgium, solved a cryptographic puzzle that was first unveiled by MIT researchers in 1999. 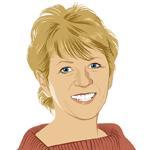 Dancing to remember the music of the past

Her feet remember. They know the language of the music. And they are like wings, giving her light and flight.