No longer silent cathedrals with book-lined walls, local libraries increasingly have become public squares, comfortable places for the community to gather for all sorts of activities. Founded on the ideal of a quiet place for self-education, the libraries today don’t just make room for a changing world outside, they accommodate needs created by today’s digital lifestyles.

“People want a space to come to,” Allen said. “People like being around other people and doing something. Sometimes they just bring laptops to a public space.”

“There aren’t that many places where people go to gather with others where they don’t have to pay and it’s not age-limited,” agreed Sia Stewart, Kingston’s library director.

Get Fast Forward in your inbox:
A look at the news and events shaping the day ahead, delivered every weekday.
Thank you for signing up! Sign up for more newsletters here

According to data compiled by the Massachusetts Board of Library Commissioners, other local libraries also have shown increases in attendance at their programs and in the use of library rooms for public gatherings. In the five years from 2011 through 2015, attendance at public programs in the Plymouth Public Library increased by 65 percent. Library program attendance increased by 20 percent in Randolph, and in the same period, Brockton’s libraries saw an increase of 29 percent in room reservations for gatherings. 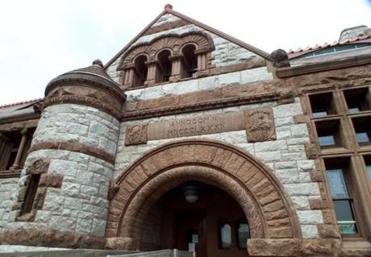 While people still come to sit quietly, work, study, research, or read, they also come to libraries to do things they can’t do by themselves — study in groups, learn English, get tax advice, talk about the books they read, watch movies, listen to live performances, play games with peers, learn something new such as dancing, yoga, or knitting, experience a craft such as pastel painting, or get “device advice” when somebody younger has given them a new machine.

The list evolves, and variations of it appear at other libraries across the region.

“In Randolph we try to keep our programs diverse,” library director Meaghan James said. “We try to have programs all the time. We have a busy library. We try to be as inventive as possible.”

Invention takes place outside the building as well, James said — the “Tales and Ales” group, for example, talks about books in a local restaurant.

“You’re not stuck in the hallway with the cold air,” library director Jennifer Harris said. “We wanted to improve the library and be more inviting to the public.”

The Plymouth library then turned some of the newly lit space into an eye-catching art gallery, the idea of trustee Richard Swanson, who sees the library as a cultural center as well as a community center. Visible from the main entryway, the new gallery opened in December with a show of mixed media and collage, “‘New Boats’ & Other Paintings,” by Kingston painter Carole Bolsey.

“Her art work was so strong, it filled all the space,” Harris said. “People were standing there and looking. They just loved it. They loved how we used the space.”

Some libraries, such as those in Kingston and Weymouth, are seeking to renovate to expand meeting spaces and meet the demands of the new technology.

Stewart said the Kingston library’s largest program space can seat only 40. It recently arranged a visit by author Nathaniel Philbrick that drew a crowd of 220 — in another town building.

Even newer libraries feel crowded. In 2001 Quincy’s library added a large new wing, including a children’s room, a meeting room, an atrium, and smaller study rooms, “but even then they underestimated the demand,” said Allen.

She pointed out that libraries such as Quincy’s also offer digital services free with a library card, including ebooks, digital magazines, digital audio, movies, TV shows, and self-paced video courses such as those offered by lynda.com. What the Crane needs is a designated “teen space,” a glass-walled room offering separation for young people and easy monitoring by staff, she said.

Brockton built an addition in 2003 on its main library, another architectural treasure, adding multipurpose spaces, as well as a teen room, for events and meetings.

“I think libraries have always been community centers,” said Paul Engle, who became library director in August. Meeting spaces in Brockton’s main and two branch libraries are filled with civic activities such as a class to prepare for the police civil service exam. A recent weekly calendar showed rooms booked by local union branches for daylong contract negotiations and meetings by groups such as the NAACP.

“I want to expand ESL programming,” Engle said. “Brockton is such a transitional city, with so many immigrants that rely on us.”

The repurposing of current space to meet contemporary needs is well underway in Dedham, where library director Bonnie Roalsen said, “We’re integrating technology into our spaces.” For example, look to the two robots on the second floor of the main building that, she said, “look like eggs.”

Dedham is designing “the future of the library,” said Roalsen, who was hired in August. “We’re in the process of renovating and revitalizing. We’re revitalizing the libraries to better serve the public and a modern lifestyle.”

“You can check out circulating objects — a telescope, a laptop, Chromebooks, GoPro cameras, laser cutters. You can come in and experience a virtual reality system.”

Judging from an increase in traffic, the library of the future is going well, Roalsen said. “There’s a general excitement in town about what’s going on in the library.”

The library has seen a 25 percent increase in circulation since the renovation and integration of technology into the building began last summer, Roalsen said, and programming attendance “has increased tenfold.”

Other libraries have jumped on the technology bandwagon as well.

Plymouth plans to redesign the reference area around new functions and technology programs, said Harris, “including a tech lab offering a ‘makerspace’” — a community center with tools — with a 3-D printer.

Libraries like these may already be making something: a new kind of community.