It’s a jab meant to reference Warren’s claimed Cherokee lineage, something that has not been proven.

According to Politico, Trump referred to Warren as “Pocahontas” several times during a Thursday lunch with some senators, at which Warren’s recent objection to the confirmation of Attorney General Jeff Sessions was discussed. During that confirmation debate this week, Warren was silenced after being found in violation of Senate rules for reading a letter by Coretta Scott King that said Sessions had used the “power of his office to chill the free exercise of the vote by black citizens.”

Trump also used the “Pocahontas” reference several times during the campaign. Last May, when asked about his feud with Warren in an interview with The New York Times, he responded, “You mean Pocahontas?” In June, after Warren called Trump a “thin-skinned, racist bully,” Trump tweeted, ‘‘Pocahontas is at it again!’’

Warren and Trump have clashed over, well, most things since Trump was elected in November. 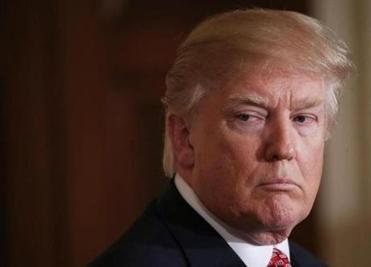 President Trump is claiming, without evidence, that he would have won New Hampshire if not for busloads of out-of-state voters.

In late January, Warren decried Trump’s immigration order at Boston’s Logan Airport. She has declined to call Trump “a legitimate president” on at least one occasion. She has also railed against Trump’s Cabinet selections, including his nominee for SEC chairman, and Sessions.

Like Warren, Trump’s past claims about family heritage have also stirred controversy. His father, developer Fred Trump, lied about having Swedish — and not German — heritage, a ruse Donald kept up well into adulthood.