The Obama Administration should switch to this nomenclature, too, because how we talk about this group is central to defeating them.

Whether referred to as ISIS, ISIL, or IS, all three names reflect aspirations that the United States and its allies unequivocally reject. Political and religious leaders all over the world have noted this. French Foreign Minister Laurent Fabius said, “This is a terrorist group and not a state. . . the term Islamic State blurs the lines between Islam, Muslims, and Islamists.” President Obama made similar remarks saying, “ISIL is not Islamic . . . and [is] certainly not a state.”

Muslim scholars around the world have denounced the group’s attempt to declare a caliphate. Egyptian Islamic theologian Yusuf al-Qaradawi published an open letter to Muslim scholars explaining, “A group simply announcing a caliphate is not enough to establish a caliphate.” The Syrian Sufi leader Muhammad al-Yacoubi called the group’s declaration “illegitimate” and that supporting it was “haram,” or forbidden.

The term “Daesh” is strategically a better choice because it is still accurate in that it spells out the acronym of the group’s full Arabic name, al-Dawla al-Islamiya fi al-Iraq wa al-Sham. Yet, at the same time, “Daesh” can also be understood as a play on words — and an insult. Depending on how it is conjugated in Arabic, it can mean anything from “to trample down and crush” to “a bigot who imposes his view on others.” Already, the group has reportedly threatened to cut out the tongues of anyone who uses the term. 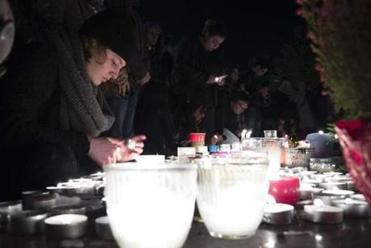 Niall Ferguson: Paris and the fall of Rome

Like the Roman Empire in the early fifth century, Europe has allowed its defenses to crumble.

Why do they care so much? The same reason the United States should. Language matters.

With some 30,000 to 50,000 fighters, Daesh is a relatively small group, and propaganda is central to its growth strategy. Whether hijacking popular Twitter hashtags or using little known distribution channels to post videos to YouTube, their leadership knows that the war of words online is just as key to increasing its power and influence as the actual gruesome acts they commit on the ground.

By using the militants’ preferred names, the US government implicitly gives them legitimacy. But referring to the group as Daesh doesn’t just withhold validity. It also might help the United States craft better policy.

A number of studies suggest that the language we use affects the way we think and behave. By using a term that references the Arabic name and not an English translation, American policy makers can potentially inoculate themselves from inherent biases that could affect their decision making. A University of Chicago study last year showed that thinking in a foreign language actually reduces deep-seated, misleading biases and prevents emotional, unconscious thinking from interfering with systematic, analytical thinking.

Changing what the United States calls this band of militants is not going to make them go away. Yet we also know from over a decade of war that military tactics do not stamp out extremism either. As the prominent Muslim sheikh Abdullah bin Bayyah recently said after issuing a fatwa against the group, “The problem is that even if you defeat these ideas militarily by killing people, if you don’t defeat the ideas intellectually, then the ideas will reemerge.”

The State Department understands this and recently launched a more sophisticated digital war to combat the ideas espoused by the group on Facebook, Twitter, and YouTube. Building out a savvy online campaign is a step in the right direction, but the United States is weakening the potency of its own messaging if it continues to refer to the group as ISIL.

American officials should not be in the business of telling Muslims at home or abroad who is or isn’t Muslim. Nonetheless, by reframing how we talk and think about these violent extremists, we can support the chorus of Muslim scholars who are intellectually pushing back on Daesh’s religious claims, the scores of Muslims around the world who have publicly rejected the group, and, ultimately, the silent majority of more than 1 billion Muslims who are as likely to reject the heinous actions of Daesh as we are.

More on the Paris attacks: