The Ebola crisis in Dallas may be over. But cases in West Africa are pushing 20,000 and doubling every few weeks. So public health experts warn Ebola is likely to pop up here again, despite all the airport screening and travel restrictions designed to stop it. That means we can expect more irrational fears among Americans about catching this fearsome virus.

It all takes me back three decades to the early years of the AIDS pandemic, when another frightening virus was wreaking widespread paranoia and discrimination against people unlucky enough to become infected.

Back in 1984, I created WBZ-TV’s medical beat. By then, the AIDS virus had been identified and named, and we knew how it spread – and how it didn’t. But it took years of public education to overcome the panic and stigma brought by HIV. Let’s hope we’ve learned something from that experience.

I thought of this when I heard recently about a 911 caller demanding an ambulance after overhearing a pilot in a restaurant saying he’d flown in from West Africa. And officials in Ohio deciding to shut down schools for disinfection after a Texas nurse infected with Ebola visited the state.

While there are parallels between Ebola and AIDS, there are stark differences that should help mitigate panic this time around. Scientists already have 38 years of experience with Ebola, so they know it can only be spread by direct contact with bodily fluids. That’s why those at greatest risk are health care workers. 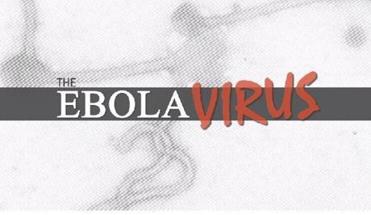 Graphic: Ebola in the US

A look at the first case of Ebola to be diagnosed in the US.

In Dallas, even the fiancé of Liberian Eric Thomas Duncan — the only person to have succumbed to Ebola in this country so far — didn’t get infected after caring for him in the days before he was (belatedly) diagnosed.

What lessons from AIDS can we apply now in coping with the continuing threat of Ebola?

Clearly, news media play a key role — for better and for worse. The media can certainly inflame public anxiety. But they can and must also allay it with careful, persistent reporting of the knowns and unknowns.

In the early years of AIDS, WBZ-TV and The Boston Globe led that effort. During my tenure, I would report more than 500 AIDS stories, many of them about irrational fears and victims of discrimination.

Some media outlets took a long time to get on board. In 1985, when I asked a reporter from a competing station why they weren’t covering AIDS, he told me his management determined that because Boston is heavily Catholic and AIDS is “a gay disease,” viewers wouldn’t be interested.

But WBZ-TV proved otherwise. Beginning in 1988, we aired a series of hourlong, in-studio programs we called “AIDS 101.” Doctors and public health officials made up our expert panel. A live audience asked questions. Ratings for these primetime programs were high. People were interested in learning the facts about AIDS – lots of people.

But even within WBZ-TV, staffers weren’t immune to needless fear.

The day before our first “AIDS 101” program, we planned to videotape a segment at the home of Paul Cronan, a New England Telephone Company employee with AIDS who sued his employer for discrimination and breach of privacy. Four videographers refused the assignment out of fear. The cameraman who finally took the job told me he’d read about AIDS and knew “it wasn’t contagious in that I could get it from casual contact.”

Later that day, the station assigned a large crew to Cronan’s house to set up for a live interview. Again, technicians resisted until they were told they could keep their distance from Cronan, and the station provided a cheap microphone that could be thrown away after the interview. The techs drew straws for who would have to pin the microphone on him.

Afterwards, the technicians taped the microphone to the truck’s bumper for the ride back to the station. It sat untouched in the maintenance shop for months.

When Cronan returned to work in 1986 — three full years after AIDS was named — some coworkers rebelled. Somebody wrote on a wall that “gays and bisexuals should be shipped to an island and destroyed.”

But in the long run, public education made a difference. Larry Kessler, founder of the Massachusetts AIDS Action Committee, told me in 1989: “There’s a big difference between Greater Boston and other cities — how people approach education, treat people with AIDS, and deal with the politics around it.”

Kessler credited WBZ-TV and The Globe for the Boston difference.

Now, as we deal with the Ebola threat, let’s keep in mind the difference that calm, careful education can make. And hope that it doesn’t take as long this time to make that difference.

More coverage of the Ebola crisis