The United States is doing Israel no favor by releasing convicted spy Jonathan Pollard years after he should have been released under the plea bargain. Even under life imprisonment – which the US government pledged not to seek – he should have been paroled much earlier.

Moreover, the release of a single prisoner doesn’t begin to make up for a bad deal that may endanger Israel and inflame the Mideast. So thanks but no thanks for the hollow gesture.

When Pollard was indicted, he had the option of going to trial and requiring the government to produce classified material. He agreed to a plea bargain, under which the government promised not to seek life imprisonment. But at sentencing, they provided the judge with an affidavit from the US secretary of defense, Caspar Weinberger, which falsely stated that Pollard’s spying was the worst in modern history and warranted the harshest penalty — meaning, of course, life imprisonment.

Over the years, the government has actively resisted Pollard’s efforts at parole, despite his remorse and his exemplary behavior in prison. So Pollard is not being given any special privilege by the decision to release him after he served 30 years. 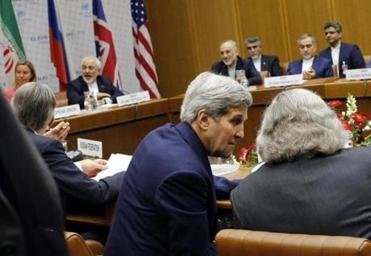 Alan Dershowitz: US gave away better options on Iran

We began the negotiations with three key concessions, weakening our bargaining position.

Indeed, I heard several months ago, even before this deal was concluded, that Pollard would be released shortly.

So I suspect that he would have been released regardless of the Iran negotiations. If the administration seeks to use this as a way of compensating Israel for the bad deal it may now have to endure, the record will show that this is not really compensation but rather the routine working of the legal and administrative processes.

The Obama administration should receive no credit for Pollard’s “early” release, since the release is anything but early.

Alan M. Dershowitz is professor emeritus at Harvard Law School and author of “Taking a Stand: My Life in the Law.”
Loading comments...
Most Popular in opinion
Real journalists. Real journalism. Subscribe to The Boston Globe today.