For two decades, our widening divisions — geographic, demographic, informational, and economic — have fed a tsunami of incivility that degrades public discourse. But, until now, our presidents did not accelerate this descent.

True, anger and prejudice live within us. But polling confirms the obvious — more Americans despise other Americans they will never truly know. Extremism proliferates; public figures traffic in rudeness and contempt; loudness and demonization obliterate reason, coarsening our society and poisoning our politics. This is what happens whenever authority figures personify societal malignancy.

In history’s most horrific examples, such leaders create misery, within and without turning seemingly civilized countries into aggressors and abattoirs. By comparison, America has a deeply embedded tradition of democratic institutions which, however fitfully, seek to accommodate difference and diversity. But any country can be sickened from above.

Donald Trump did not originate our divisions. They go much deeper; many actors, including our political parties, must shoulder blame. But only a president could do such damage.

We feel it around us. Among erstwhile friends, political argument becomes reflexive vituperation. Racial and religious hatred burgeons; violence rises; schoolyard hazing accelerates. And so the face and temper of our country changes. In the last nine months, surveys show, Americans feel that incivility and divisiveness have mushroomed. Ever more citizens distrust a president who rallies support by deploying insult and accusation instead of inspiration, blaming a bewildering variety of personal and institutional enemies for the country’s ills and his own pathology. The national miasma deepens. 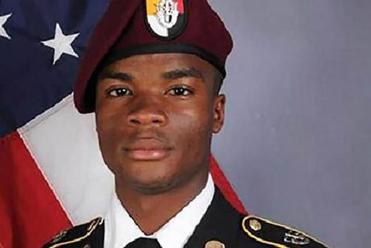 Spreading Trump Salt in every wound

President Trump continues to demonstrate his complete lack of empathy.

Trump did not accomplish this alone — other leaders have normalized his behaviors by ignoring his assault on civic decency. The congressional GOP has countenanced him out of cowardice or calculation. Time and again, they have remained mute while Trump lied flagrantly and repeatedly; degraded members of his own cabinet; insulted Republicans and Democrats alike; summoned racial and religious bigotry from the shadows; flouted ethical standards; ignored Russia’s electoral meddling; and bragged about his own sexual predation.

So, too, evangelical leaders — the GOP’s partners in shame — have abandoned any pretense of morality or concern for presidential conduct. Seduced by power and flattery, they ignore Trump’s slurs, misogyny, and blatant appeals to bias. Like their party of choice, they have helped sustain a presidency bereft of decency or larger purpose, a narcissistic cult of personality drenched in paranoia, self-indulgence, and self-pity. It seems just that the Republican brand — in which evangelicals have invested so much — is so badly tarnished.

But the fever of incivility is not so easily contained. The public’s longstanding distrust of Congress has worsened. Spurred on by Trump, more Americans believe our elections are ridden with fraud; that the mainstream media are pervasively mendacious; that freedom of speech and the press has gone too far; that diversity threatens our future. More distrust our institutions in general — including, critically, our courts. Worse, more Americans distrust — and, ultimately, dehumanize — each other.

Disagreement about ideas devolves into personal vituperation, choking off reasoned debate. Among Democrats, arguments about means become accusations of ill motive. Across the populace, the symptoms of incivility proliferate — interrupting and shouting down speakers; deploying threats, insults, and character attacks; refusing to acknowledge the concerns of others or search for areas of agreement. The Internet seeps venom. The toxicity of talk radio becomes our coin of exchange.

This absence of decency accelerates polarization, eroding our ability to solve problems or even maintain a functioning democracy. We are becoming blind to a foundational truth: Only the glue of civility can bind together a democratic society.

As citizens, we must fight this. Start with honoring those in public life who respect difference and eschew slander. One ongoing example is John McCain who, in 2008, publicly rebuked a supporter who repeated the poisonous birtherism against his opponent, Barack Obama, which Trump so gleefully promoted. As much as ideology, decency and fairness must be our criteria in determining which leaders we should emulate and respect.

Beyond that, we can model for each other what a healthy commonweal requires: respect for difference; reliance on fact instead of opinion; concern for the common good; regard for open debate and reasoned disagreement; acknowledgment of our shared humanity. Only then can we reestablish the imperatives of democratic leadership.