Public backlash against governance by algorithms has begun in Boston.

The recent uproar over proposed changes to Boston Public Schools start times should serve as a warning to policy makers and technologists who hope to use mathematics and computing to produce public policy that will impact the daily lives of human beings.

Particularly outraged are parents of elementary school students who may have to radically shift their schedules if school starts as early as 7:15 a.m. After sustained outcry from parents, teachers, unions, and even city councilors, the city’s justification for the changes has become substantially murkier. 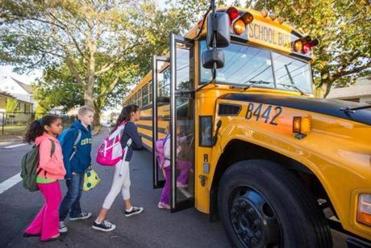 Gains for Boston’s high school students are at risk

The educational gains for new start times for Boston’s high school students are too real to pass up.

So which is it? Did the Boston Public Schools adopt an algorithm coded to look for ways to enhance the learning experience? Or was the goal primarily to save the district money, as the BPS website said when it initially advertised the contest?

As mathematician Cathy O’Neil has written, algorithms are simply the product of our priorities, sketched out in code. That means that at its heart, the debate over adjusting school start times is a debate about our priorities as a city.

Of course, those priorities are not about math at all, but rather about politics — decisions about which city departments get funded and which get cuts. It’s perfectly reasonable for 21st-century governments to seek out algorithmic assistance to maximize efficiency or to predict how a policy will impact residents. But algorithms should never be used to paper over political or institutional deficiencies.

The new, algorithmically-generated school start times have left Boston parents asking whether the city is sacrificing their families’ needs to save public dollars.

We can imagine different scenarios producing vastly different results. For example, the city could crack down on the rate of Boston Police overtime expenditures, which totaled nearly $60 million in 2016. If city leaders reduced police overtime spending by as little as 8 percent a year, they could send students to school at developmentally appropriate times for all ages. Such a plan would enable high schools to start later without forcing elementary schools to start at 7:15, putting many families in a difficult situation. Doing so would require making different political decisions, creating different budgetary winners — and losers for whom no algorithm is likely to soothe the pain.

Algorithms, well designed, can solve problems and make things better. The important question is: Better for whom? That question needs to be decided in a transparent political process; otherwise, the algorithm will efficiently solve the wrong problem.