WHY DO WE root for a killer? The answer may be because we understand, at some level, why she acts as she does. For many of us, that’s certainly the case with Elizabeth Jennings, the protagonist of “The Americans.” As this Cold War-era spy drama comes to a close on May 30, after six seasons, this critical hit — and most notably Elizabeth (played by a luminous Keri Russell) — is subtly showcasing another side of the #MeToo movement.

Elizabeth and her husband — and fellow protagonist — Philip (Matthew Rhys) are Russian moles, sent to Washington, D.C., to live as Americans while they carry out various assignments. Over the show’s six seasons, they’ve both committed heinous acts. But as the series winds to its conclusion, it is Philip who is withdrawing and questioning his actions. Elizabeth, meanwhile, has become increasingly reckless, as well as apparently more callous toward her victims, in ways that put her life and that of her family at risk.

This growing split serves dramatic purposes, but Elizabeth’s development makes emotional sense as well. In the first season, we were shown a flashback in which Elizabeth, then a teenage KGB recruit, is raped by a colleague. This rape results in the first graphically violent killing of the show and, ironically, a bonding moment with Philip. However, even as Philip has moved on, for Elizabeth the trauma remains, serving as a prime motivator of all her actions to follow, including perhaps her looming self-destruction.

I know this because decades after being raped by a college classmate, I had to confront how it changed my behavior, in particular my views on control and my own sexuality. As I was lucky enough to discover in therapy, following the rape I often depersonalized sex, acting out as a way to downplay the trauma. It was easier, my unconscious reasoned, to hurt myself or to allow myself to be hurt than to admit to the complete loss of control of the attack.

This isn’t unique to rape. Victims of other traumas also tend to replay their experience, desperately searching for a different result. When no such resolution is forthcoming, we may restage or repeat it as a way of owning it, basically because any kind of self-inflicted pain feels less terrifying than the experience of being overpowered and used against one’s will. 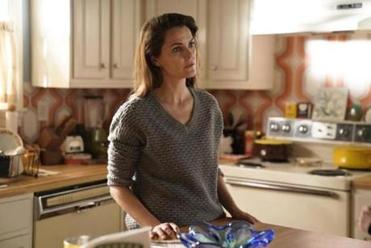 Why I’m going to miss ‘The Americans’

As “The Americans” prepares to leave the air after six seasons, I will miss many things about it, but especially its riveting portrait of a complex marriage.

There is “a knee-jerk psychological need for the world to make sense: ‘I do matter,’ ‘I can say what happens to me,’ ” explains Gina Scaramella, executive director of the Boston Area Rape Crisis Center. “Some of the coping mechanisms include having very few boundaries, so there’s not a line that can be crossed. Your agency can’t even be questioned because you’ve given it away, so you don’t have that pain again.

“As an unconscious process, your brain is trying to put you back into equilibrium,” says Scaramella. “Searching for those things that give you that reassurance that you’re in control.”

This kind of reaction may explain the rock star Chrissie Hynde’s bizarre comments taking responsibility for her own gang rape, in her 2015 memoir, “Reckless: My Life as a Pretender.” Speaking to the UK’s Sunday Times, she doubled down about the attack, which happened 42 years earlier, when she was 21: “Technically speaking, however you want to look at it, this was all my doing,” she said. “You have to take responsibility,” Hynde repeated, before adding the comment that, to many of us, gives the game away: “I mean, I was naive.” Excoriated for victim-blaming, Hynde appears to be acknowledging her true helplessness — all while she denies it. The message is a familiar one: If you allowed it to happen, you could never have been so horribly, acutely vulnerable.

That tortured logic is why so many of us are rooting for Elizabeth Jennings. Thus far, she has been unable to change her narrative, even as her family collapses around her, and she acts out in ways that her profession enables. Will she ultimately be able to recognize what was done to her and accept her victimization? For “The Americans,” this may be simply a question for the writers’ room. But for many of us, it’s the only way forward.

Clea Simon is a Somerville-based mystery novelist. She can be reached at www.cleasimon.com.
Loading comments...
Most Popular in opinion
Real journalists. Real journalism. Subscribe to The Boston Globe today.