AS THE INTERNATIONAL BIO CONFERENCE opens here in Boston, I’ve been thinking a lot about the impossible. The annual convention of biopharma leaders celebrates innovation — and there’s a lot to toast this year. Cancer patients can now be treated with custom-built therapies that rewire immune cells to attack their tumors. Children on the brink of losing their vision can get a gene therapy to treat a genetic form of blindness. Just this month, the US Food and Drug Administration approved the first preventive treatment for migraines.

These accomplishments are inspiring. But my particular field — neurodegenerative diseases — has had little cause to celebrate.

Over the last two decades, we have poured billions into researching potential treatments for Alzheimer’s disease. Global pharma giants have made it a priority, while scrappy startups have bet their futures on it. Yet time and again, we’ve come up short. The last new drug to treat memory loss from Alzheimer’s was approved more than 15 years ago; patients, doctors, and caregivers broadly agree that the standard of care is in dire need of improvement.

To some, it’s starting to feel like an impossible quest.

I disagree. In fact, despite the cascade of failures, I believe the Alzheimer’s field represents the very best of the biopharma spirit of innovation, for this reason: We are not giving up. 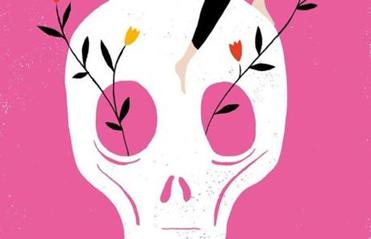 In the animal kingdom, humans are unusual: Women live longer than men. Figuring out why could help men age better, too.

As an industry, we’ve come to realize that we poured too many resources into chasing one Alzheimer’s target: clearing away or preventing the aggregation of the amyloid plaques that accumulate in diseased brains. For years, scientists have argued about the relevance of amyloid in Alzheimer’s; there is still no consensus. What is clear, however, is that our focus on this target hasn’t yet translated into gains for patients. That’s been deeply frustrating. But the disappointment has spurred innovation, as researchers have been driven to pursue a diverse array of new mechanisms for treating Alzheimer’s.

At my company, Rodin Therapeutics, we are developing drugs to strengthen the connections between nerve cells by “turning up” genes critical to learning and memory. We believe this approach will durably improve cognition and function for patients with a range of neurodegenerative diseases, including Alzheimer’s.

And we’re not alone in trying to pioneer new strategies. Some academic groups and companies are working to improve the function of microglia — cells that work to clear out invading pathogens — to keep them from mistakenly targeting healthy brain tissue. Others are going after genetic drivers of neurodegenerative diseases, developing targeted therapies for subpopulations with specific mutations.

All told, BioCentury, an industry publication, estimates that fully half of the current crop of preclinical research programs in Alzheimer’s target new mechanisms. After decades of lopsided focus on amyloid, this is heartening evidence of science’s much vaunted quality of self-correction.

We’re also searching for more efficient ways to conduct clinical trials so we can get a quicker up-or-down signal on whether an experimental therapy appears to be working. At Rodin, for instance, we’re testing novel imaging techniques to peer inside patients’ brains and track changes in synaptic connections, which are critical to memory. That would help us quickly assess drug response.

We all understand the urgency of developing new treatments: By 2050, the number of Americans living with Alzheimer’s disease is projected to more than double, to 14 million. The cost of caring for dementia patients is likely to top $1 trillion; as one pharma CEO recently noted, that exceeds the Pentagon’s annual budget.

It’s easy to lose hope when we see headline after headline announcing drug failures, but the BIO convention reminds us that innovation in Alzheimer’s research is thriving. It’s a challenging disease, to be sure, but as an industry, we’re determined. We don’t believe in “impossible.”