The Bristol District Attorney’s office lost patience with Hernandez’s lack of cooperation in the investigation into the murder of Odin Lloyd. Authorities showed up at Hernandez’s house Wednesday morning, slapped a pair of handcuffs on him before he had a chance to put on his shirt, and made him do a “perp walk” in front of dozens of rolling TV cameras.

And the Patriots lost patience with Hernandez dragging the team’s name through the mud. For nine days, they sat quietly, waiting for the investigation to unfold before making any comment.

But a team source said that the top members of the organization — and that of course includes Robert Kraft and Bill Belichick, both out of the country on vacation — quietly decided last week that they would part ways with Hernandez if and when an arrest happened, even if it was for obstruction of justice.

On Wednesday morning, the arrest finally happened. Ninety minutes later, Hernandez was released by the Patriots, and he will be on NFL waivers until 4 p.m. Thursday (no team will claim him, of course). The move came four hours before the team officially knew that Hernandez would be charged with first-degree murder and five weapons offenses. 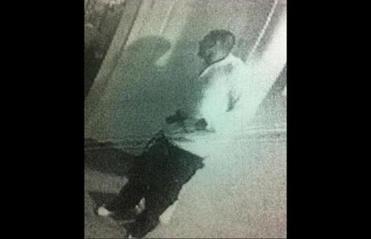 In terms of dollars and cents, the Patriots’ quick action may hurt the team for the next two seasons. But as one member of the organization emphasized repeatedly, this was one of the few NFL transactions that isn’t about the bottom line.

It is about disassociating the team from a player saddled with a heinous list of charges, even if it means subtracting a talented tight end and paying for him to go away. Hernandez lost the right to represent the Patriots, cost be damned.

The prudent move, at least as it relates to the business of the football team, would have been to wait for NFL commissioner Roger Goodell to suspend Hernandez under the personal conduct policy, which would have given the Patriots clear avenues to recover money and avoid cap penalties.

The Falcons clearly didn’t want Michael Vick representing their organization after he pleaded guilty to dog fighting charges in 2007, but they allowed Goodell to suspend him before taking action. Ultimately, the Falcons recovered $20 million of the $37 million they paid Vick, and released him nearly two years after he pleaded guilty, though he never played another down for them.

The Patriots complicated matters, though, by cutting Hernandez so swiftly.

Hernandez’s contract — seven years, $40 million with $16 million guaranteed, signed before last season — called for a $12.5 million signing bonus (prorated over five years for cap purposes), and still has $10 million in salary cap money to be accounted for on the Patriots’ ledger. Cutting him now accelerates those charges — $2.5 million to be counted in 2013, and the other $7.5 million in 2014. His guaranteed salaries totaling about $2.5 million will also be applied to this year’s salary cap.

The Patriots will have approximately $7.6 million in cap space for 2013 that they can roll over to 2014, so paying for Hernandez won’t be overly burdensome.

And of course, the Patriots will try to recover some money from Hernandez and obtain salary cap relief. The $12.5 million signing bonus was split into installments — $6 million up front, $3.25 million each in March 2013 and 2014 — and they will look to recoup some of the money already paid, to avoid paying him the final $3.25 million installment, and to void his future guaranteed money. The last thing they want is for their money to pay for his defense team.

But the Patriots weren’t interested in saving a few dollars.

They went out on a limb for Hernandez by selecting him in the fourth round of the 2010 draft despite significant character concerns, and again last August by giving him the $40 million contract extension.

An AFC front-office executive said Wednesday that Hernandez was a clear second-round talent in 2010, but many teams left him off their draft boards because of failed drug tests and rumors of Hernandez hanging around the wrong people both at the University of Florida and back home in Connecticut.

The executive surmised that Belichick, who is close friends with then-Florida coach Urban Meyer, was the only coach willing to take even a fourth-round flier on Hernandez, and that the tight end could have “tumbled” down the draft. Hernandez was viewed by GMs as trouble waiting to happen, whether it was a four-game drug suspension or an incident involving police.

Hernandez stayed clean for three seasons, catching 18 touchdowns and developing into one of the team’s young stars.

Obviously, Wednesday’s murder charge goes far beyond the scope of what anyone could have predicted of Hernandez.

The last line of the team’s official statement said it all:

“This transaction is simply the right thing to do.”